Japanese Ceramics in Italy: Premio Faenza
Italiano www.Arte.it
From Tuesday 26 March 2013 on Saturday 25 May 2013
Curator Claudia Casali
The contemporary Japanese ceramics the MIC of Faenza away in Rome

"This exhibition - explains Claudia Casali, Director of the Mic, faience, curator of the exhibition - is an important opportunity to provide an insight into the art pottery, language of excellence in which Japan has always had its own undisputed leadership."

So you can admire a large section of works of Japanese ceramics awarded the Premio Faenza from 1964 to the present that demonstrates how Faenza was the showcase Italy's most beloved and favored by contemporary Japanese ceramic artists.

Since the Sixties many Japanese artists began to take courses in higher education institute of art pottery from Faenza bringing news, dialogue and mutual growth and making known the Premio Faenza in their country. But it was in 1971, thanks to the critical Yoshiaki Inui and its collaboration with the Institute of Japanese Culture, which intensified the Japanese presence in the competition Faenza. Since then, the presence of Japanese artists to Faenza Prize was a constant. And always have distinguished themselves with a dual personality: on the one hand, the avant-garde shapes and glazes and the other tradition.

Forms and empty geometries and freedom testify to the ever-living tendency of Japanese able to combine tradition and modernity.

The inauguration will be preceded by a lecture by Claudia Casali, Director of the International Museum of Ceramics in Faenza and curator of the exhibition through the works of the artists in the exhibition, offers a reading of contemporary ceramic art in the twentieth century, with particular reference to presence of Japanese artists at the prestigious International Competition of Ceramic Art - Premio Faenza.

2013 YOSHINORI AKAZAWA CALENDER 'FLOWER MIRROR'
IN STORE NOW ON AMAZON.CO.JP!!!
Posted by YA at 12:37 PM No comments: 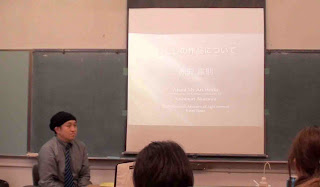 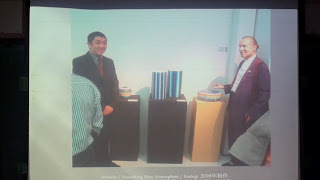 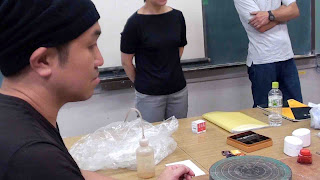 I lectured and opened ceramic Cochin-ware work shop at KCUA (Kyoto City University Of Arts) Ceramic department.Late June to early July. Slide lecture was about ceramic ware called Kochi (or Cochin-ware) and my recent works. Unbelievable good conversation with students and professors. That was Joy and I was to spend so excited times... Good luck and thanks all so much!!!
Posted by YA at 9:53 PM No comments:

So,all of February in Kyoto so every week .It will be exhibited Graduation art works of Students so Art college, Art school of Kyoto. Feel like Venice biennial when I walk around.Unexpected these like students works are like the Mirror to reflect Future or Next World. Walk this way.
Posted by YA at 9:15 PM No comments:

I feel like that 'Nearly all men can stand adversity, but if you want to test a man's character, give him power. ~ Abraham Lincoln ' If u want to test a man's character,give him power - Abraham Lincoln. My life is just Test for me as great artist in the world. Fame Money Success ... something I have nothing at all,but I already have all. Come back from Osaka short trip for shopping!Both hands grab sweets so gift for my special.Feel like good.I'm alive! I am sleepy,but i must walk night scape.4 diet and my health! King of night! Back my home! I drink grapefruit juice !So good!My health is always important 4 my art activity.ya sleep now! Sweet dreams all! Sweet dreams,just like the night in springtime.Sweet dreams,good night ciao ciao.
Posted by YA at 9:24 PM No comments:

I'm Free from any trap of arts.

I'm always free from any traps of arts. I could understand just a second the way of trap from any arts.
Posted by YA at 2:35 AM No comments:

New Year's resolution.I keep to make new works for solo 2013 Tokyo!
Posted by YA at 3:56 PM No comments:

Promote Your Page Too